From Russia (or Someone) With Love


Russia has offered us some mighty powerful music by way of Tchaikovsky and Mussorgsky and Rachmaninoff and so many others that I could be here all day looking up how to spell their names. Russia is home to the heavy hitters of symphony. 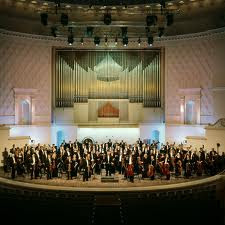 So what would you do if you received a letter from the Moscow Philharmonic Orchestra proclaiming that they are going to be touring in your area and would like to perform in your town? I figure you would trip all over yourself to get to the Mayor and City Council and the Rotary Club and whoever else you could think of waving that letter in their face. 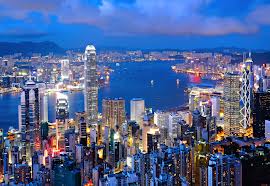 I suspect that is how Ms. Linus Fung of Hong Kong felt when she received such news back in 2000.  She was the Senior Manager of Music for the city. She excitedly scurried around and got commitments from the fine folks at the Hong Kong Cultural Centre and the Tuen Wan and Tsuen Wan Town Halls for performances from August 7th through the 13th of that year.


The upcoming performances were well publicized and the audience was packed for all performances by the prestigious orchestra. By all reports, the orchestra performed magnificently. The Hong Kongian music critics were out in full force busily writing glowing reviews. One newspaper enthusiastically proclaimed that the music was full of “…exciting acclerandos and heart-stopping rubatos.” Attendees to the concert paid the equivalent of $31US to witness all those rubatos.

What a satisfying musical summer in Hong Kong, and how satisfied Ms. Fung must have felt in pulling it all together.

But…uh, there was one minor problem. 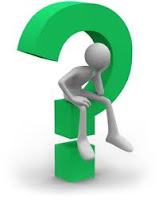 The publicity of the Hong Kong performances kind of confused Ms. Yelena Tikhomirova, who was the agent for the Moscow Philharmonic and Dmitri Yablonsky, the principal guest conductor of the orchestra. It seems that the way they remembered it, the group was performing at the Menton Festival in France from August 6th to the 8th, and then in Lisbon on the 9th to the 12th, and finally at the Llivia Festival in Spain on the 13rh.

I’m pretty sure that none of these places are near Hong Kong.

A defensive Linus Fung said, “If you receive proposals from a very renown orchestra, you would not doubt that it was actually that group.” She continued, “We are very concerned about the issue.”

This became a major scandal in Hong Kong with editorials flying back and forth. Some demanded refunds. But then other editorials asked, ‘Why? You saw a magnificent performance.’

If you think the Hong Kongites were flustered, think of how they felt in Russia. Mr. Yablonsky lamented, “It is a huge scandal in Moscow, very upsetting. It takes years to set up an orchestra, then some pick-up orchestra comes along and says they are Moscow Philharmonic Orchestra.  The Orchestra  musicians still don’t seem to know what happened – and they couldn’t because they were on tour at the time.”

To this day, no one knows for sure who performed in Hong Kong in August of 2000. It is speculated that an ad hoc group of Russian musicians got together and pulled off this magnificent hoax.

The Deseret News  and  The South China Morning Post and The BBC.

P.S. I am still unable to post comments even after fiddling around every way I know to fiddle. Now I guess I gotta' fire off something to someone to get this straightened out.

P.S.S.  'Dark UFO - Top Blogger Contributor' came to my rescue. It seems I needed to enable 3rd Party Cookies in Firefox to get the commenting thing to work. Sigh....