Honey, I think I am going to start up my blog again.

Because…uh….well, I’ll get back to you on that.


Well, we had a flood. I live in Houston, and that is what Houston does – make a nuisance of itself. So I didn’t go to work, not that I had to anyway. I am retired. I only show up for work a couple of days a week out of extraordinary kindness and generosity to my previous co-workers. And the fact that my ex-employer pays me a bonus to come in every now and then.

Then I had a gout attack in my left foot Sunday that I am recovering from. Gout is a painful form of arthritis when uric acid crystals build up in my foot joints. I am not talking about wimpy pain like a toe amputation or a broken bone…but a level five pain that leaves me whimpering. Okay…maybe a level three pain. This happens rarely and there is medication for it, and it takes a few days to recover from. So I am robbed of the ability to handle customary strenuous and vigorous activity.

It’s your turn to feed the dogs.

Oh man….I wonder if I should get some crutches?

So what am I to do? I used to have a pretty lousy blog here. Maybe I could start it back up…something to occupy me during my painful recovery. Then I thought….actually I could start a blog anywhere. So I went to something called ‘Weebly’….and boy did I get confused. I figure it was the medication fogging my brain. So I went to ‘WordPress’….and well, it just seemed like a lot of work to set up another lousy blog site. So as much as I dislike Google, why not?

Actually, I can’t remember how I used to do this. It’s that medication thing again. So to start off with I am typing this into Word, then I think copy it into NotePad, and then copy it into a post. I am not typing directly into the Blog because this way I get to change my mind if I wanna’. Then I have to study the mechanics of everything….comments and people to monitor and….I can’t remember what.

Then I have to change my header somehow…update it. Hopefully I can figure that out.


Have you ever tried to do genealogical research? It is confusing.

I have been trying to trace my lineage…looking for a castle or two…or some royalty somewhere. It would be neat to have a Coat of Arms. After weeks of digging into Ancestry.com I have traced, I think, my father’s side back to the year 1074. I have a couple of generations of ‘Sirs’ in my family, which I think means they were knights. So perhaps it would not be inappropriate if you called me Sir Jerry. My family traces back to the Norman/Anglo-Saxon thing and my oldest relative was mentioned in the Doomsday Book. If you don’t know, that is pretty significant.

It was William the Conqueror (at least I think it was) who ordered his royal staff to….’Forsooth…goest out and enumeratith all the folks of the land and their holdings and their spouses and urchins and count every acre and every pig and every chicken and what property belongs to whatest family and…’ Well, he said something like that. All of this census and property information was compiled in a Big Book of the Kingdom. Because this book became the final arbiter of all court cases…..the final say, it became known as the Doomsday Book. It is now in the National Archives in Great Britain. I will show a picture of the book if I can remember how to do that. 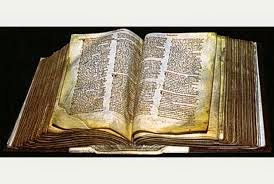 But the problem with Ancestry.com is that it costs money to use. Okay….I’ll pay my $20 a month. But then to do any research into Great Britain and Europe, I would have to pay a bunch more. I put my foot down at that! I mean, my right foot, not my left gouty foot. So I have to start digging elsewhere online to get more information. And that sucks. I have Great Britain on my father’s side, and Germany on my mother’s side.

And to add to my frustration, my great grandfather on my mother’s side wasn’t born! The genealogical record stops with him with no record of his parents….in Ancestry or anyplace else I can find. That sucks too.

I tell you this so you will know that my mind has not been idle. People think that retirement is idyllic, but retirees encounter frustration too. And gout.

Okay, will this do for a return blog post?
Posted by Jerry at 3:28 PM