A Revisit with Tokyo's Levitating Girl

She rarely gets it right the first time, or the second time, or the hundredth time. In fact she does what a good many of us could do, if only we had the incredible persistence, patience and camera talent of Natsume Hayashi. She has become known as Tokyo's Levitating Girl. 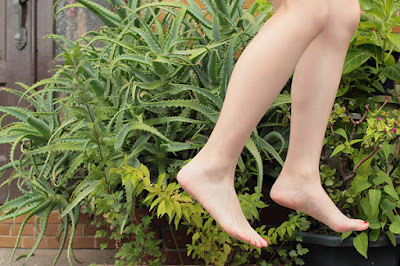 I came across Ms. Hayashi back in 2011 and wrote a blog entry about her here. I decided to see what she has been up to lately.

First of all, Natsume does what we all can do. Jump. She puts her camera on a tripod, sets the timer for ten seconds, sets the Canon EOS 5D Mark II camera speed at 1/500th of a second, stands in front of the camera....and jumps. But it is not haphazard jumping. She knows the scene that she wants to capture, so she continues to reset the camera and jumps and jumps, sometimes up to 300 times, until she gets what she wants.

She is meticulous. Look at the photo above....a simple scene of, well walking in air. Notice the position of the feet. She is walking. I presume this is a simpler scene because she is in little danger of her falling flat on her face, as she has done many times. 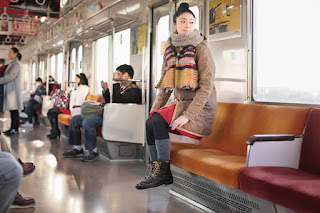 The picture to the left is such a deceptively simple scene. Go ahead...try it.

Little do you realize that she has to spring upward from her feet the fold herself into a sitting position in mid-air....but she also has to position her face and expression. She is not looking down to where she is going to land. 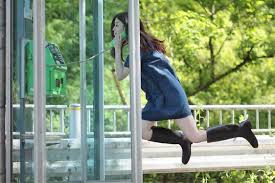 And where and how she is going to land after this jump?

Natsume says that one of the secrets is to keep her head high....never look down. She pre-plans her poses and keeps jumping (and she calls it levitating, not jumping) until she achieves her plan. 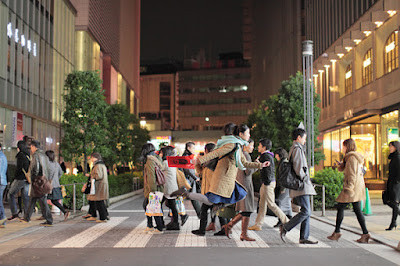 At first she had a problem with taking pictures around crowds. They would stand and gawk until she explained that they had to ignore her to achieve the composition. 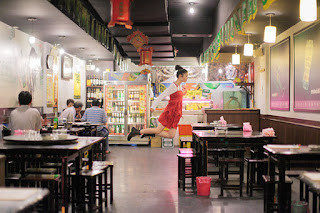 In the five years since I first talked about her, she has continued taking pictures and gained quite a bit of notoriety. Tokyo's Levitating Girl was invited to exhibit her photographs, blown up to 20 x 30 feet at the Spiral Gardens in Tokyo. And the crowds aren't much of a problem these days since everyone now seems to know what to do.....except for that lady in the gift shop that threatened to call the police because there was a crazy girl jumping around in her store. 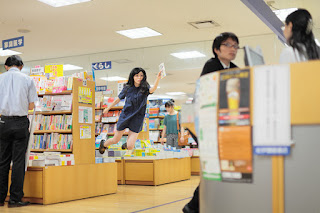 Natsume Hayashi started with an experiment, which turned into a vision. And she kept at it, over and over again. Her product is unusual, fascinating, tasteful and simply remarkable. I like these kind of success stories.

You can visit her blog at よわよわカメラウーマン日記. 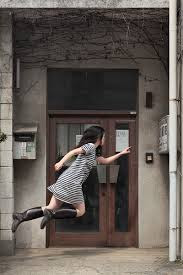 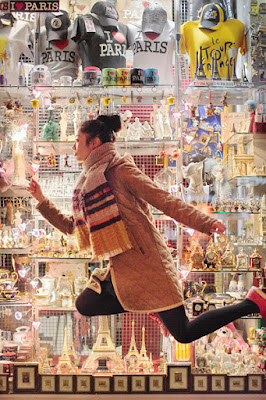 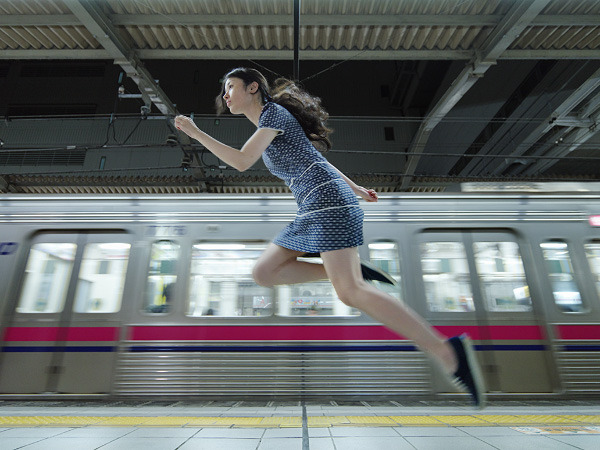